Birthstones are special gems that represent each month of the year. Use this guide to birthstones by month and find a beautiful jewellery piece to symbolise birthdays or landmark dates that are personal to you. 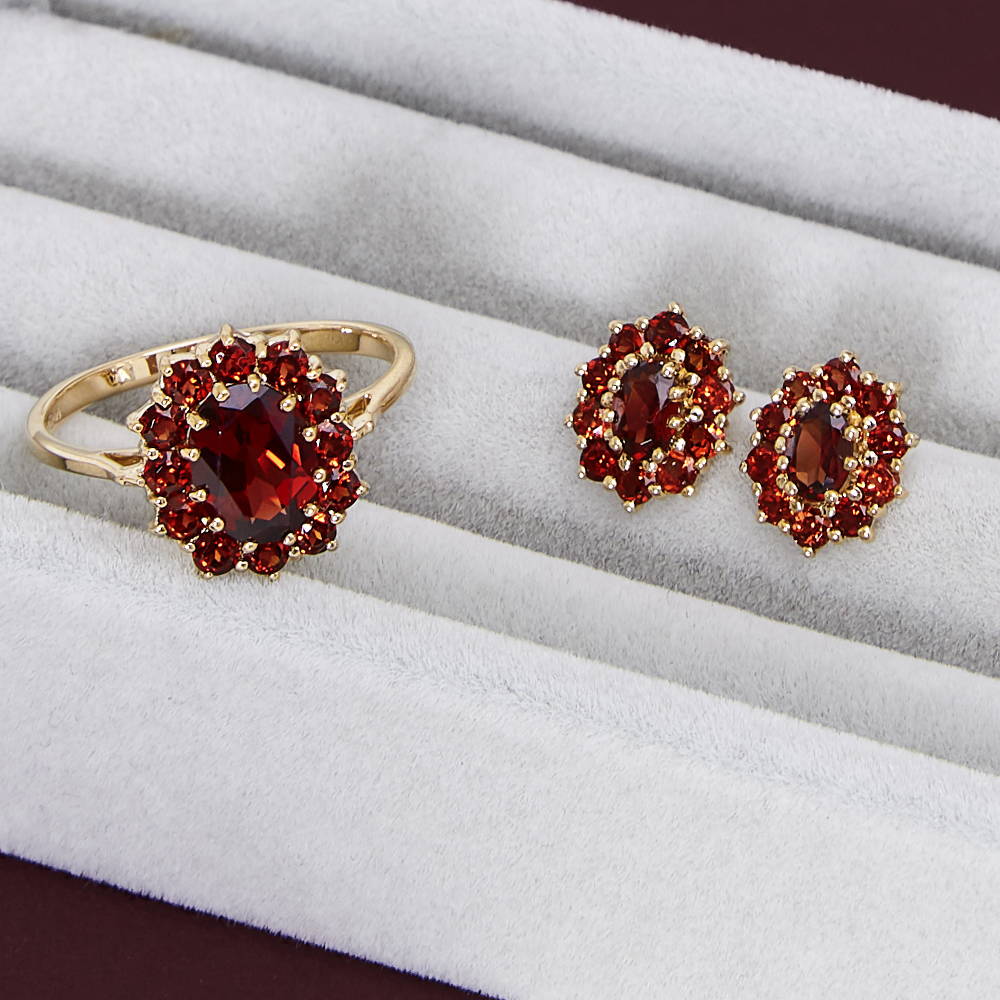 January's birthstone is the rich dark red gemstone aptly named after the seeds of the luscious fruit pomegranate.

Historically, some believed that red gemstones such as the garnet had the ability to heal the blood. Garnet gemstones represent Aquarius signs in the zodiac, who are those born between 21st January and 19th February. 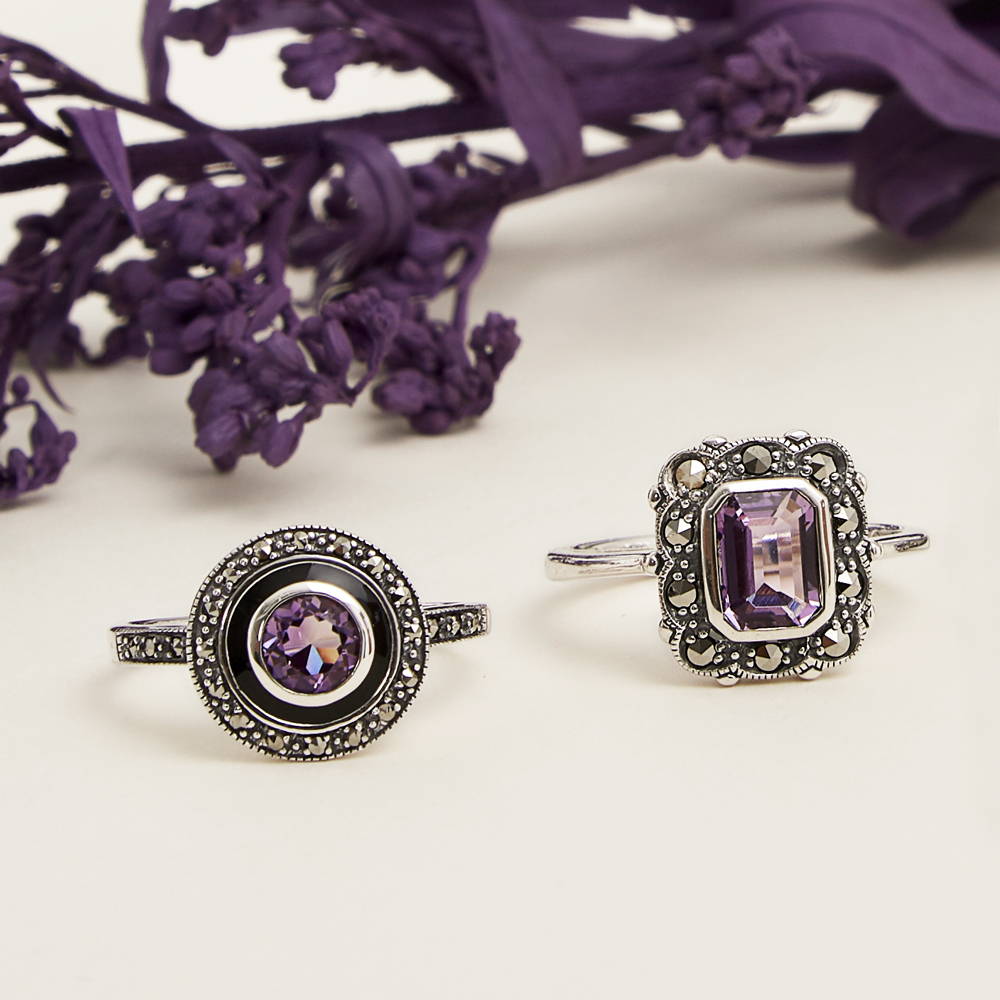 Amethyst gemstones have been thought by some to bring clarity to the mind, encourage good business decisions and protect the wearer from evil thoughts.

According to folklore, Greek hosts would use glasses carved from amethyst to disguise their drinks as wine so as to remain sober among drunken guests. Amethyst gemstones are symbolic of Pisces star signs born between 20th February and 20th March as well as those with February birthdays. 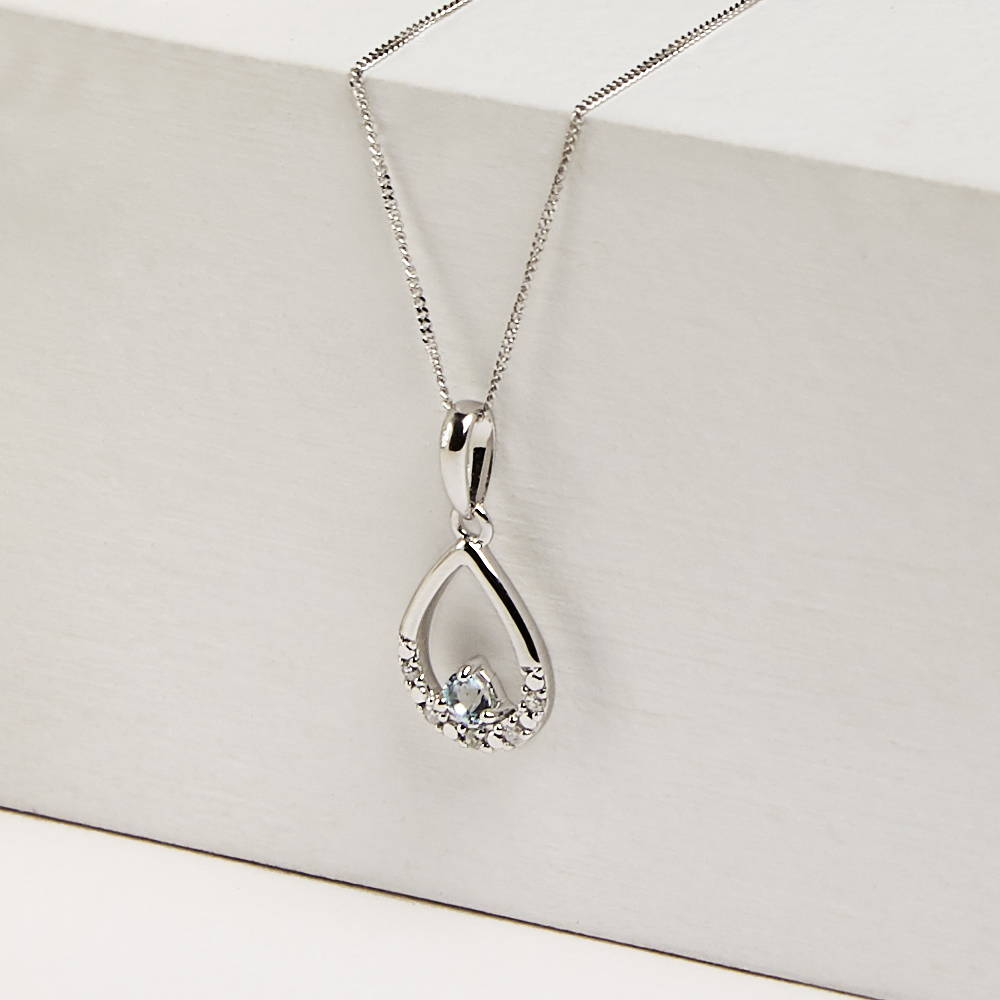 Aquamarine, as the name suggests, is named after the element of water. Translated from Latin, aquamarine means 'water of the sea.' It has been said that the ancient Greeks and Romans believed having an aquamarine aboard a ship would protect sailors at sea. 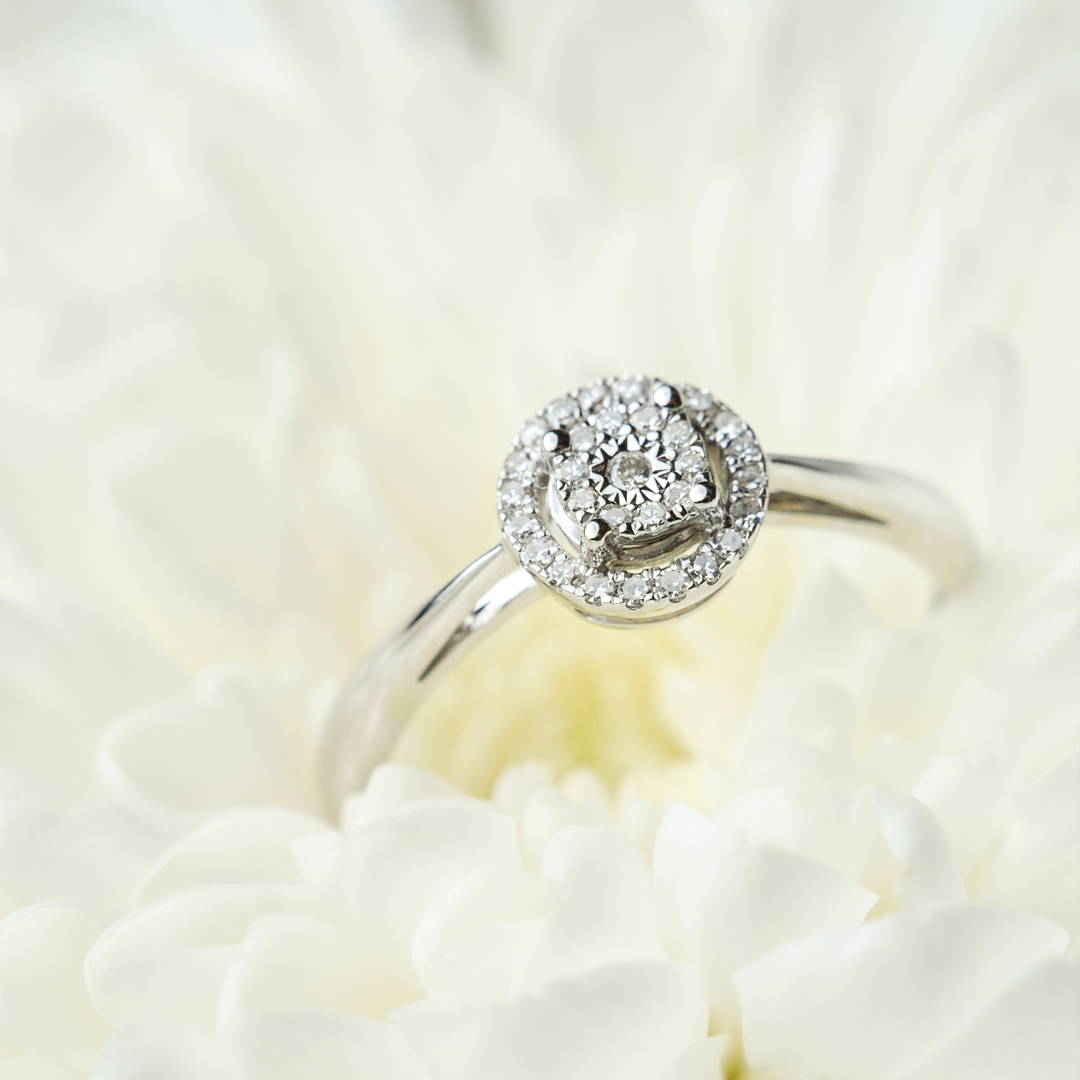 Diamonds are an incredibly popular gem used all manner of jewellery from fine fashion pieces to lifelong engagement rings. Diamonds are the hardest gemstone in the world. The product of extreme pressure and temperature, diamonds flaunt a sparkle like no other stone. The name diamond is derived from the Greek 'adamus' meaning invincible, so it is easy to see how the stone has become a symbol of strength, unity and eternal bonds. Diamonds represent the star sign Taurus. 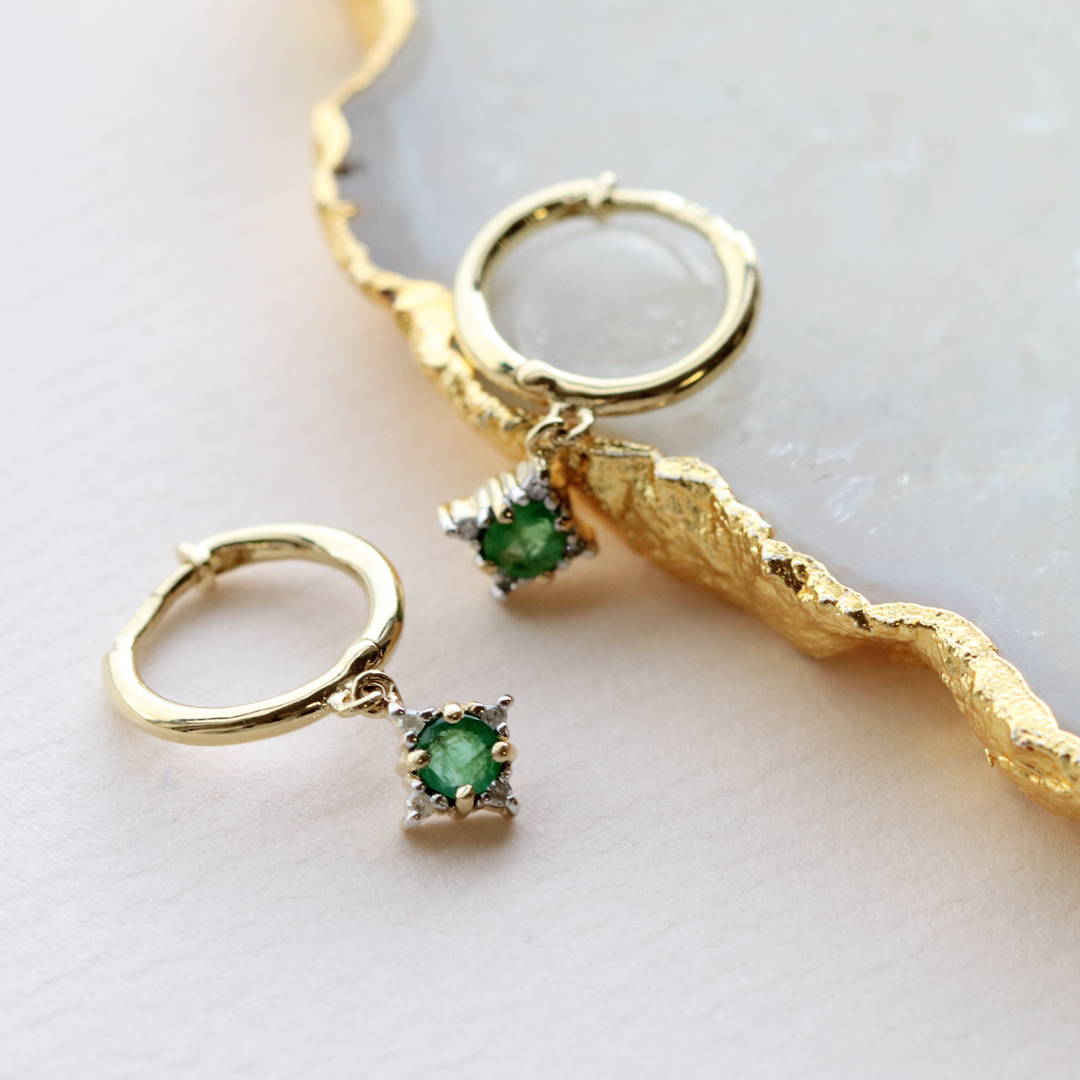 Emeralds are the luscious green gemstones famed for vibrant colour and unique appearance. Emerald has become a term that names all things natural and fertile, for example the abundant green landscapes of the Emerald Isle. Cancer star signs boast precious emeralds as their symbolic gemstone.

Emeralds, along with diamonds, rubies and sapphires, are one of few gemstones considered precious for their rarity, colour and hardness. 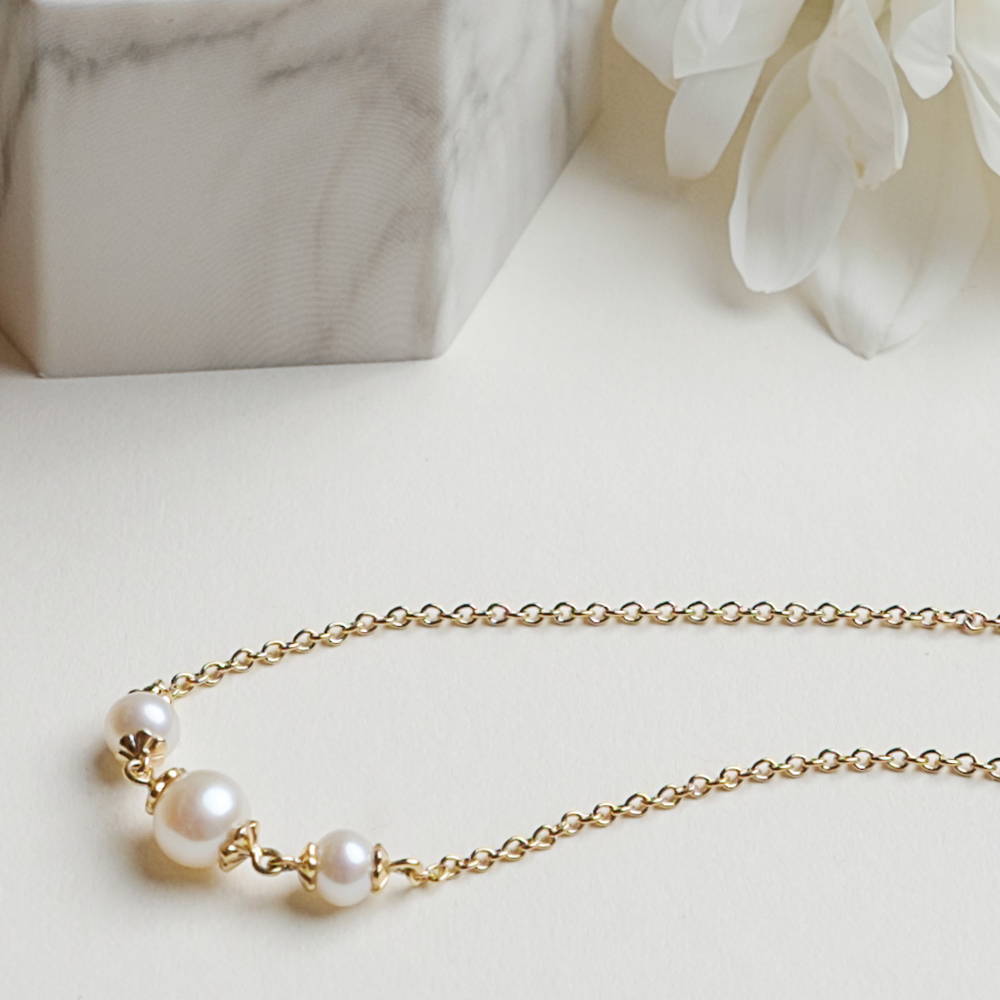 The June birthstone is the elegant pearl. Pearls are a kind of organic gemstone, grown inside the heart of oysters and mussels. Pearls begin as impurities, hard to believe given the beautiful gemstones that they grow into. Every pearl is unique, with its own story told through its shape, size, colour and imperfections.

Coco Chanel was a fan of pearls and was once quoted as saying "A woman needs ropes and ropes of pearls." Pearls are the symbolic stone for June birthdays and Gemini zodiac star signs. 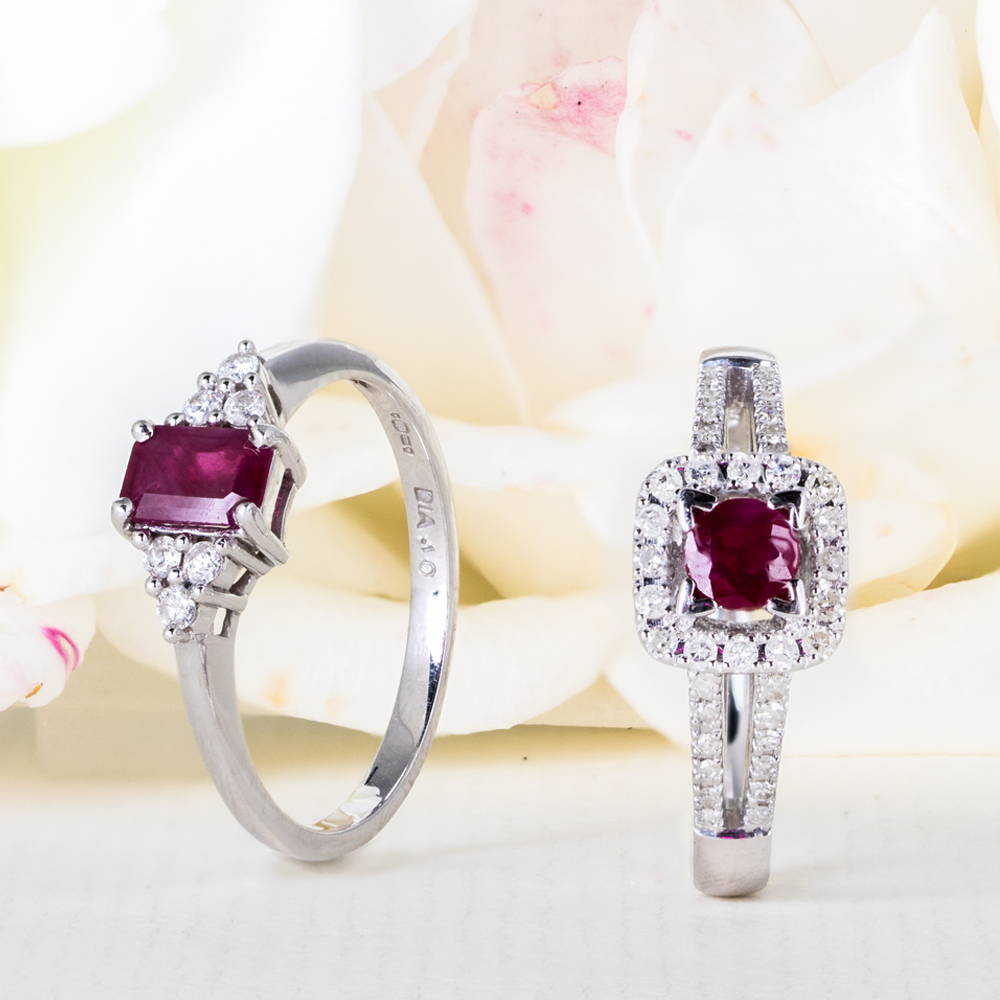 Red rubies have long been regarded as a romantic gemstone, evoking love and passion in all its forms. The Sanskrit name for ruby translates roughly as 'king of gemstones.'

Rubies are the July birthstone and Capricorn's zodiac gemstone. Rubies are only slightly less durable than diamonds, commanding a high price per carat. 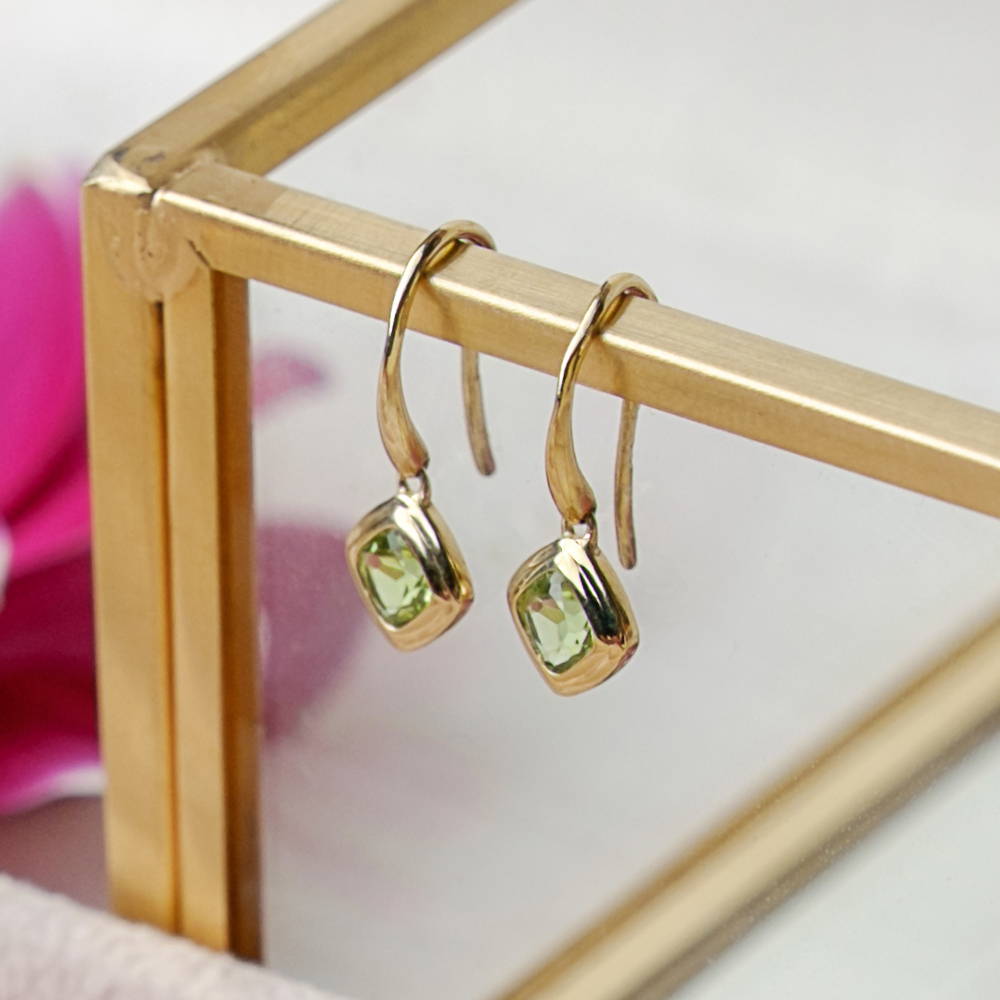 Peridot is the olive green gemstone that is recognised for its age, with peridot jewellery being found that dates back to the ancient Egyptian era. Composed from the mineral olivine, this gemstone is named peridot when it is of gem quality.

Peridot deposits have been found in meteorites, on olivine-rich green sand beaches in Hawaii, Norway and in other locations across the globe. Peridot is the beautiful birthstone for August and represents the star sign virgo in the zodiac calendar. 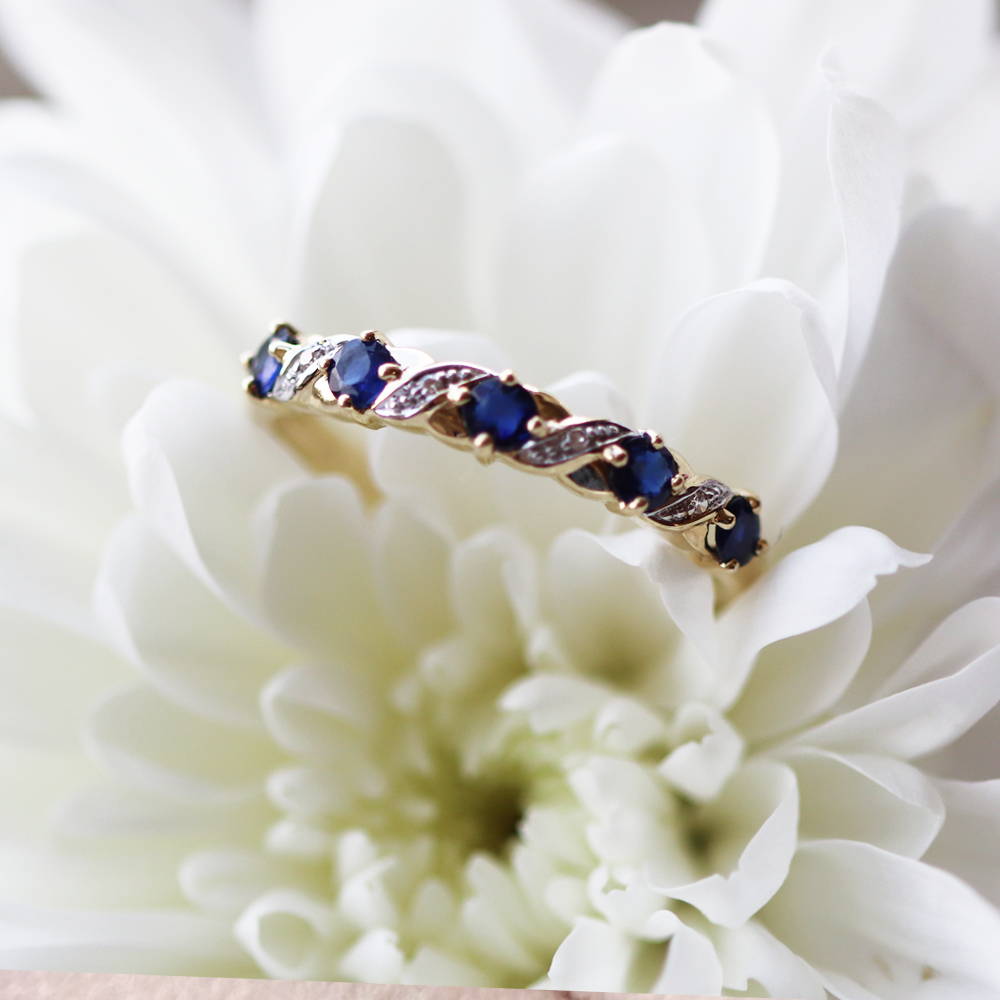 Sapphire is the September birthstone, is associated with the zodiac sign Taurus.

Sapphires can come in many colours from popular blue to black, white, orange and even pink. Kate Middleton and Penelope Cruz are famous fans of this gemstone having stunning blue sapphire engagement rings. It has been said that some once believed sapphires had the power to guide and forewarn of adversity. 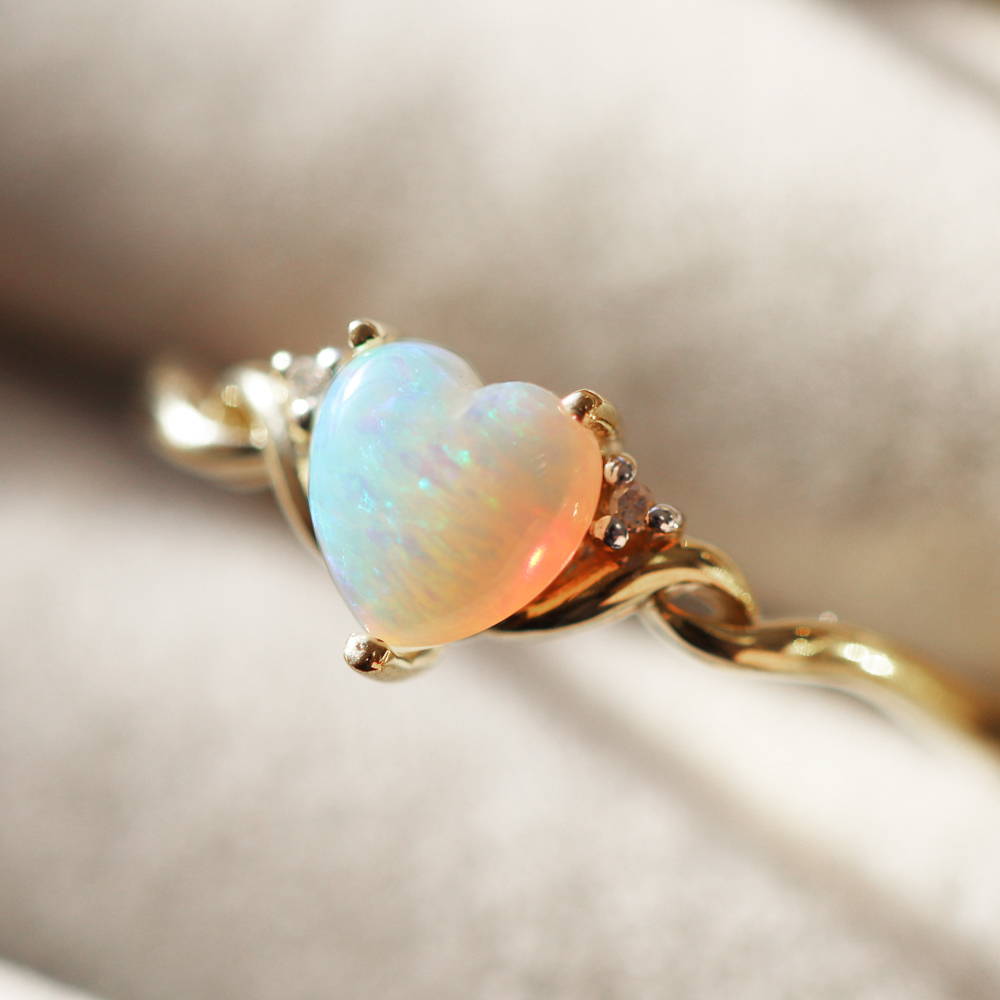 October birthstone opal is a beautiful and individual kind of gemstone flaunting spectacular flashes of colour and depth. Shakespeare used the opal as a visual metaphore for indecisiveness in Twelfth Night - "The tailor make thy garment of changeable taffeta, for thy mind is very opal."

Arabic folklore has suggested that opals came to the earth in thunderbolts of lightning. Opals can form in many colours in different parts of the world. Australia and Ethiopia are known for their opal deposits and Mexico is known for burning orange red fire opals. 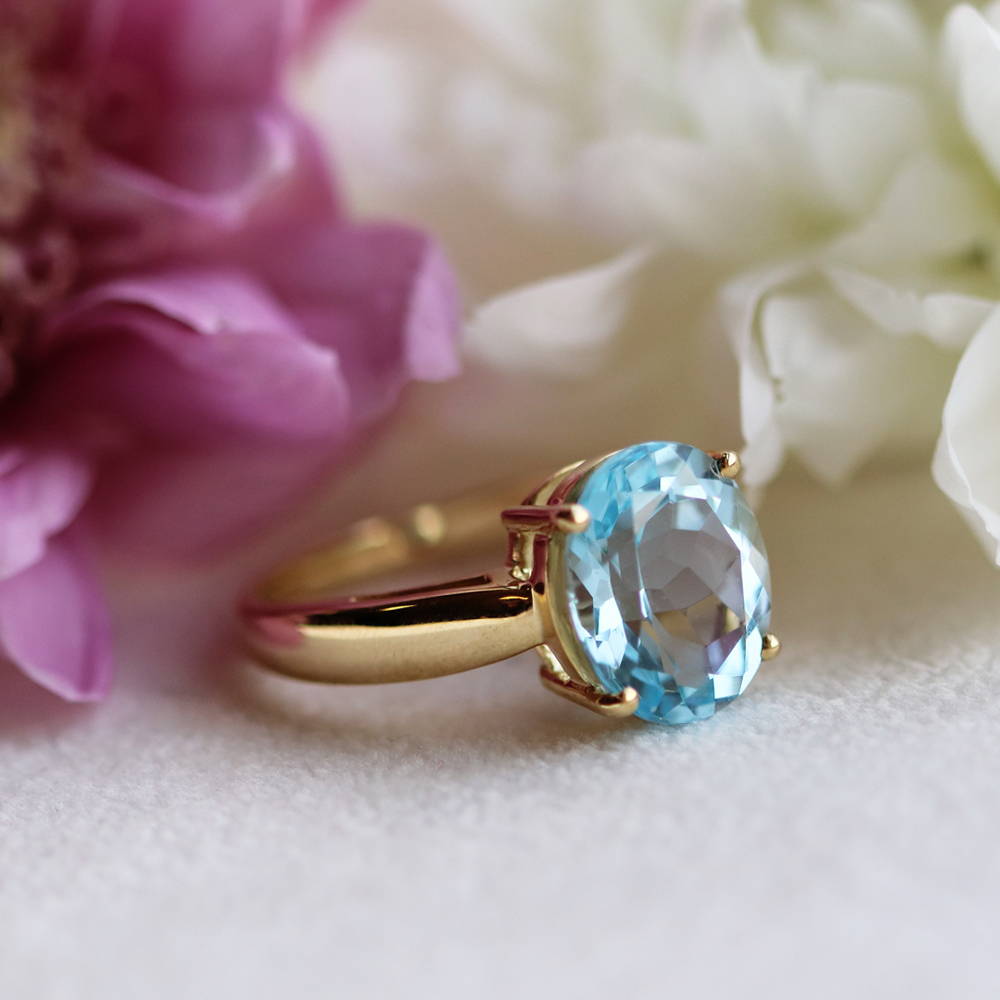 The name topaz is thought to come from the Sanskrit word “tapas” meaning heat. Topaz is also connected to "Topazios" the Greek island where a yellow gemstone now known to be most likely an olivine stone used to be mined. Gemondo offers topaz in a spectrum of colours from clear white topaz and popular blue topaz to multicoloured mystic topaz.

Topaz is the November birthstone and represents Sagittarius star signs in the zodiac. It has been said that in ancient times some believed topaz could bestow intense beauty and the power of invisibility on the wearer. 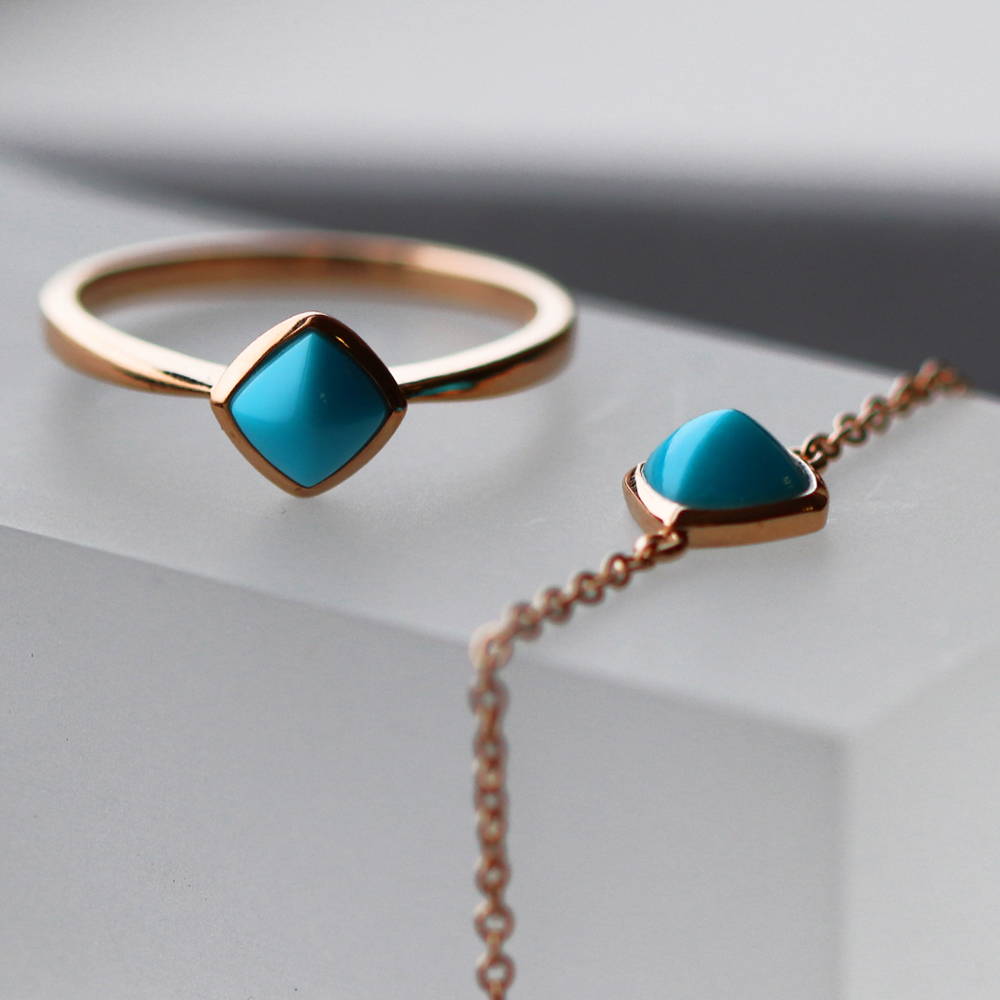 Turquoise and tanzanite gemstones are the December birthstones.

Turquoise has been found in jewellery that dates back to the ancient Egyptians. Turquoise gems are usually found in warm and dry climate countries such as Turkey, Iran, United States and Central America.

Tanzanite is a fairly recent discovery in the world of gemstones being uncovered and debuted in 1967. Tanzanite is considered a rare and exclusive gemstone with limited deposits in only one part of the world. It has been named after its country of origin, Tanzania. Having one of these gemstones in your collection really is something special.

Use this guide to birthstones by month & find a beautiful jewellery piece to symbolise birthdays or landmark dates that are personal to you & your loved ones.

Purchase a Gemondo Mystery Box on the cart page for just $45 & get a real jewellery bargain. Mystery boxes are available when you purchase another item.

learn more
Orders will be processed in AUD.